Bring the Soul: The Movie

The documentary feature “Bring the Soul: The Movie” premiered on August 7th, 2019 and was shown exclusively during a limited five day run in selected cinemas worldwide. Despite these limitations, it was the widest ever release for an event cinema title and it sold a record 2.55 million tickets across 112 territories worldwide. Why? Because this was a documentary about BTS. 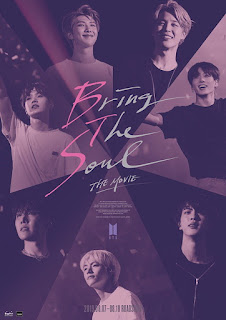 “Bring the Soul: The Movie” is produced by BTS’ company Big Hit Entertainment and directed by Park Jun-Soo and it comes with English subtitles in the west. It is the third cinematic release featuring the most popular music group of our time, the South Korean BTS. 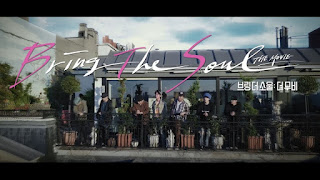 In the evening following the final concert of the Europe leg of their “Love Yourself” world tour in 2018, the seven BTS members gather in a rooftop apartment in Paris to have a meal together and reminisce about their tour so far. At this point they have had concerts in Seoul in South Korea, in Hamilton in Canada, in Los Angeles, Oakland, Fort Worth, Newark, Chicago and New York City in the USA and in London, Amsterdam, Berlin and Paris in Europe and we as audience are now making the journey with the band through their stroll down memory lane. 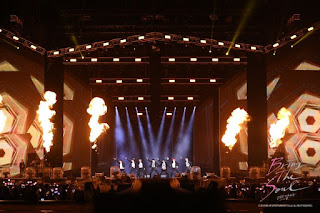 The documentary is a great mix of amazing concert performances, intimate backstage footage and candid behind-the-scene shots where we follow RM, Jin, SUGA, j-hope, Jimin, V and Jungkook for two months on tour and see their hectic schedule, the tolls it takes on them and the immense fun they have with each other on the road and performing in front of tens of thousands of A.R.M.Y.s, as their fans are called. 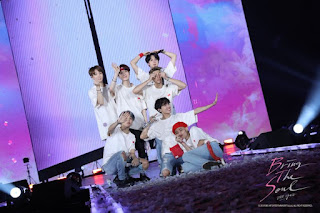 Having seen BTS in concert in Berlin on this tour, my personal high lights from the feature are Jin’s hilarious reactions to the animals in Zoo Berlin as well as j-hope’s outings to the East Gallery and especially the Reichstag. I was in the area at the same time as he was at the Reichstag and I actually caught a glimpse of him filming, so it was nice to finally learn what he said on camera! As a Dane, my favorite scene has to be the last one, though, where BTS try out the Danish snaps Aalborg Jubilæums Akvavit. Seeing the guys, mostly V, struggle with the strong drink is hilarious, especially as the snaps they try is only 42%, where most Danes are used to snaps on 45%. 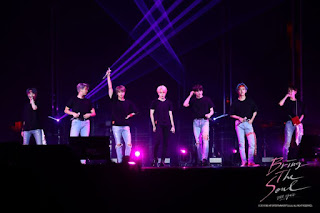 The documentary feature is skillfully filmed and edited, which brings much more life and nerve to this movie than was the case with the previous two. My only complaint is, though, that all the nerdy goofiness of the band has been relegated to after the credits. Too bad as we as A.R.M.Y.s love to see BTS being the odd goofballs that they really are. At least, we were asked on screen to stay seated until after the credits as we would then see footage that wouldn’t be available anywhere else afterwards. I guess this was also a “subtle” hint at the “Bring the Soul” series in six episodes that is now available on BTS’ new fan community app Weverse. 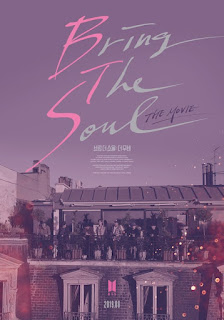 To me “Bring the Soul: The Movie” is the so far best of BTS’ cinematic releases, but with a runtime of only 1 hour and 43 minutes, it feels too short, but I guess the series is going to compensate for that.