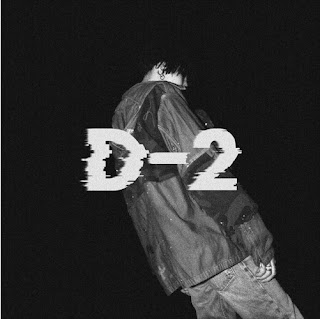 D-2 is the second solo album / mixtape (as you can get it for free on SoundCloud!) by Agust D. Augst D.’s real name is Min Yoongi, but he is best known as the rapper and award winning producer SUGA of the Korean music group BTS. The Agust D. pseudonym is solely used for his solo releases.
The album was released on May 22nd, 2020, four years after the first Agust D. mixtape. To Apple Music the artist said about the new album, “It’s a documentation of myself as a 28-year-old. This is the output of my time in quarantine. […] It was a time during which I was able to learn, again, the meaning of the phase ‘due to’. Serentiy. In general, I’ve loosened up, and it’s not a bad feeling.”
The album consists of ten tracks:

Moonlight
A great intro to the album, a track with a classic hip-hop vibe, where Agust D. raps about how many things have changed from his poor beginnings to now and how it sometimes feels so overwhelming that it is unbearable but at the same time everything stays the same, both the moments of self-doubt and the moonlight shining down on him. My favorite lines: Changes are fated to happen to everyone / Perhaps it is how we change that is our karma to bear.

Daechwita
The lead single of the album, inspired by traditional Korean storytelling and music. It is a mashup of trap music and traditional Korean music (Gugak) played on traditional Korean instruments like the taepyeongso, jing and yonggo. Daechwita is a kind of Korean traditional marching music for a king or an army, and it made the artist think of BTS and their fans who are called ARMY.
The lyrics refer to history naming Joseon Dynasty king Gwanghae as well as the rise of Agust D./SUGA who has climbed to the highest top as a musician and now wants to look down and put his feet on the ground.
An extremely cinematic music video accompanies this upbeat track where the old blond August D. from the first mixtape back in 2016 has now become a mad king and faces a new black haired Agust D.
In his almost two hours long review of the album on the broadcasting app Vlive, the artist said: There is another name for the blond Agust D. His other name is Anger. He then continued: There’s another name for the black haired Agust D. too. I’ll tell you in my next mixtape
We are waiting. You can find the Daechwita music video here 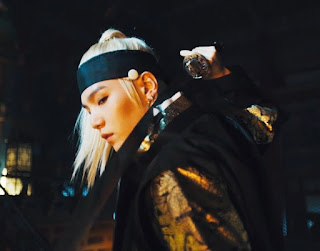 What Do You Think?
I guess this could be called aggressive trap. It is trap in more than one way as the artist describes this track as well as Daechwita as traps he set for his enemies to fall into and lyrics-wise the song is made to dare his haters.
In the aforementioned Vlive, Min Yoongi says that the lyrics were written in early 2018 when he was really angry about something. The original lyrics were a lot stronger, but he toned it down as to not shock anybody and besides, he doesn’t feel this kind of anger anymore.
The Jim Jones sample intro is a stroke of genius. Agust D. is not the first to sample the infamous cult leader Jim Jones, who caused the Jonestown massacre in 1979 where 900 people died, as artists such as Lana Del Rey, Post Malone and Foo Fighters have done it before, but it hits harder because Agust D. is South Korean.
Jones was a great admirer of dictators, among them the North Korean Kim Il Sung, who was his personal friend. Jones forced-fed his followers official North Korean propaganda as he saw North Korea as a model for Jonestown and he was anti-South Korea to the extend, that he adopted and brainwashed South Korean children. As such, the sample is used as an example of the cult-like mindset that breeds unexplained hatred like the one BTS has often faced due to their race and their rags to riches story
Unfortunately, this brilliant sample can only be heard in the original paid versions, not the free one on SoundCloud as a smear campaign organized by BTS-hating k-pop fans accused Agust D. of being a Jim Jones fan and insensitive to the mostly black victims of Jones. I wonder if the same people label Spielberg, Tarantino and Pakula as Nazis and insensitive to Jews for making movies about Hitler and the Holocaust!
Anyway, the hatred was so strong that it forced Agust D.’s record label to censor the song, remove the sample and apologize. I must say that I was shocked as censoring an artist like this is a step in a very wrong direction. With this the haters showed the exact same meaningless hate that Agust D. pointed out by using the sample!
Please, listen to the original track if possible. It is one of the best on the album and Agust D.’s repetition of 어떻게 생각해? (what do you think) is at times even hilarious. 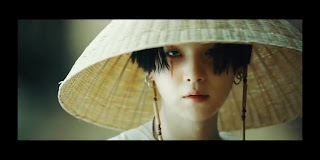 Strange
This track that has been called both bluesy and trap features BTS leader, the rapper RM. The two colleagues deliver a sharp commentary on modern society and what we have come to see as normal such as economical inequality and how the truth doesn’t matter anymore: Polarization is the ugliest flower in the world. It's been long since the truth's been eaten away by the lies,

28
Smooth R&B track featuring Korean singer-songwriter NiiHWA. Here Agust D. reflects on his life as a 28-year-old (in Korean age) and his worries of having become an adult.

Burn It
This track is a collab with American singer-songwriter MAX, who wrote the English lyrics for the chorus that he sings. It’s a bit of an earworm where the artists reflect on burning down the old version of yourself, getting rid of jealousy, hate and the feeling of being inferior to see what will remain. In his Vlive, Min Yoongi called the song hard and intense, but this is in sharp contrast to MAX’ voice that sounds very pretty and much younger than its owner.

People
This hip-hop track is a fan favorite and also one of my favorites on the album. Here Agust D. raps about how everything changes over time as nothing is permanent in life: Everything is just a happening passing through. There is even a funny nod to Heath Ledger’s Joker as well.
The background vocalist is, by the way, Big Hit Entertainment producer ADORA.

Honsool
Honsool is the Korean term for drinking alone. In his Vlive, Min Yoongi said that people thought the track was creepy and made them feel bad but that was also the intention. The sound is like how you feel when you are drunk and lonely and down, and that is also what the lyrics are about. The artist raps about the backside of fame, the silence and loneliness when a concert is over and another busy day has come to an end, and how he turns to alcohol in the hope of relaxing and falling asleep. 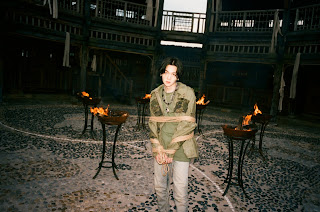 Interlude: Set Me Free
This dreamlike track is my all-time favorite on the album. Instead of rapping like he does on the other tracks, Agust D. sings during the entire number and his vocals are as soothing as the music. The lyrics are about wanting to escape the monotony of it all, perhaps influenced by the COVID-19 pandemic quarantine, as originally – before the pandemic - the track was supposed to be instrumental. Luckily, Big Hit Entertainment’s founder, the producer and CEO Bang Shihyuk talked the artist into keeping the impressive vocal. Background vocal is once again by producer ADORA.
I love this track so much that I’ve decided that I want it played at my funeral! I’ve never felt that way about any other song I have ever heard.

Dear My Friend
This emotional rock ballad features Kim Jong Wan of Korean rock band Nell. It is a somewhat nostalgic and regretful song where Agust D. (or rather Min Yoongi) thinks back on a childhood friend who went to jail and then came out without having learned anything from it. He wonders if they would still have been friends, had he been able to stop his friend from taking drugs and admits that even though he now hates him, he still misses the friend he was before he went to jail. It is a very wistful end to a great album.

D-2 is an amazing album with not a single bad track. It is even one of these albums that gets better the more you listen to it and they are usually the best. It is not without reason that SUGA (August D.) is called a genius producer and music maker, so have a listen. Five out of five stars:*****