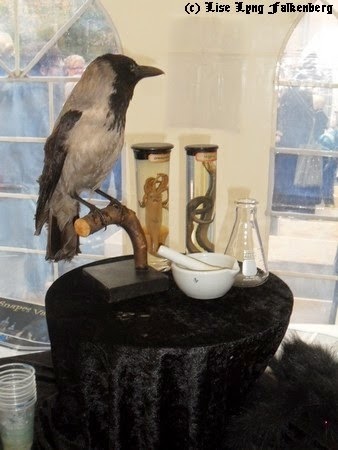 The 12th Harry Potter Festival in Odense, Denmark, took place on October 16-19. As loyal readers of my blog will know, the festival started out as a magic day at the local library attended by 40 kids. Over the years, it grew into a weeklong festival with 300 kids attending Hogwarts and 4,000 HP fans of all ages visiting The Forbidden Forrest, The Hogwarts Express, Hagrid’s Hut, The Chamber of Secrets and a two day Diagon Alley/Hogsmeade market in the town hall square. 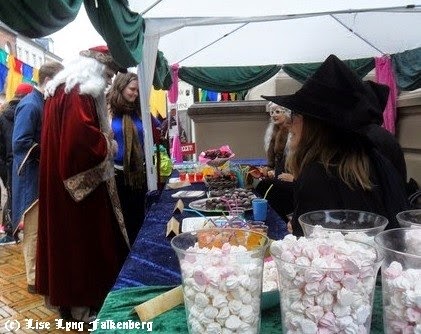 Unfortunately, J. K. Rowling’s visit in 2010 marked the end of the festival, as we knew it. Hogwarts closed and due to the increase in visitors (10,000+), the market days in the town hall square were abandoned and replaced by other activities in different parts of town. The festival lost its core and most recently, it lost its core audience as well. The original Harry Potter fans are 20+ years old today and the target age group for the books is 11-17 years, but the present Harry Potter Festival caters to the 3-8 year olds! These kids are way too young to read Harry Potter, so the festival compensates by bringing in elements that have nothing to do with Potter and now we’re stuck with a sort of pre-school wizard festival rather than a Harry Potter Festival! It’s quite sad, actually. 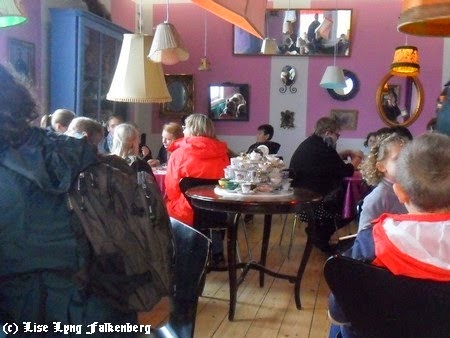 Oh well, like previous years I had to write about the festival, so I got hold of a programme from which I could see, that this year the festival events were scattered all over town in 15 different places. As Odense has a car- and public transportation-free city centre, it would take hours to get to all the events. Studying the programme closer, I realised that it didn’t matter, as people over 14 weren’t welcome at most events, anyway. Oh dear! I had to wave goodbye to The Hogwarts Express, the sorting ceremony in The Library of Local History, Quidditch in The Fairy Tale Garden, gutter press writing with Rita Skeeter in the Media Museum and Madam Maxime’s Magic Dance with the Beauxbatons students at the Royal Danish Ballet School. 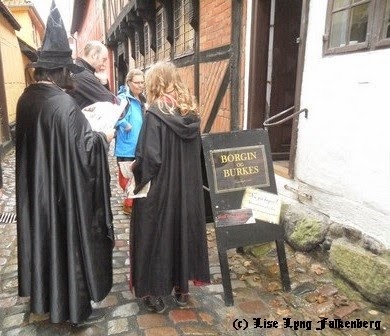 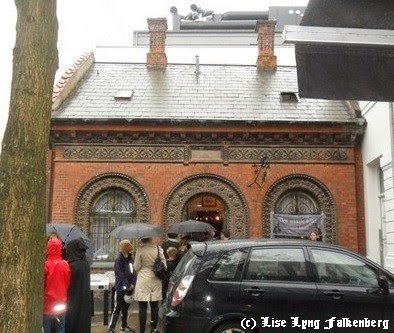 What was left for me to attend was The Magic Market, Diagon Alley and the exhibition and Madam Puddifoot’s Tea Salon in the Brandts 13 Museum, or so I thought. In both The Magic Market in Graabroedre Plads (Grey Friars Square) and Diagon Alley in Vintapperstraede (Tapster Alley) I encountered more obstacles. At the market I was too old to attend Potion Class, visit an enchanted forest and have my photo taken on Platform 9 ¾, whereas Café Hogwarts was too expensive. Furthermore Ollivander’s, Eeylops Owl Emporium, Madam Malkin's Robes for All Occasions and St. Mungo’s Hospital for Magical Maladies were so crowded that I gave up in advance, so I only managed to take a peek at Gringotts, The Daily Prophet and Herbology class. Like last year, I avoided Hagrid telling stories in a local church! 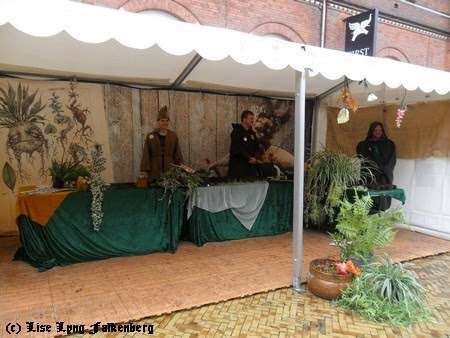 The situation wasn’t much better in Diagon Alley where most activities were either for kids or too crowded. Most of them didn’t have anything to do with Harry Potter anyway, but had names like “Merlin’s Workshop” and “Viola’s magic owl workshop”. A branch of Gringotts was still there, though, as well as the “Care of Magical Creatures” people, but shockingly I was no longer allowed to see George Weasley in Weasley's Wizard Wheezes as I was too old! He only gave lessons and shows for kids. I just couldn’t believe it. 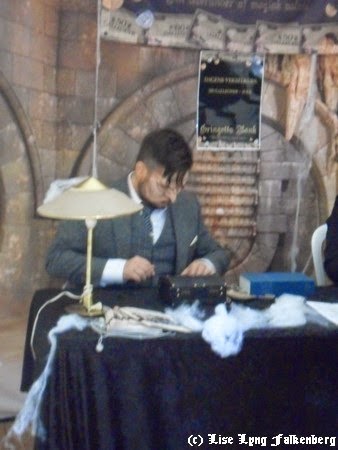 The festival would have been a complete disappointment, if it hadn’t been for the exhibition and tea salon at the Brandts 13 Museum. Like last year when the museum was still called The Funen Art Gallery, it was by far the most interesting place to visit. I had to get past the Fat Lady and Nearly Headless Nick to get in and on the ground floor, I ran into Lucius Malfoy, Dolores Umbridge, Professor Dumbledore and Professor McGonagall (who is an acquaintance of mine). 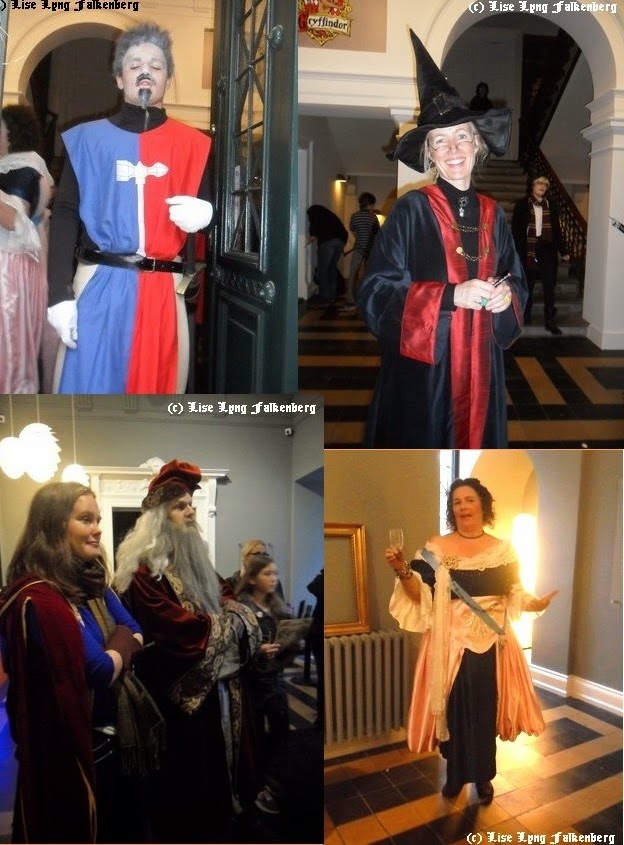 The ground floor contained an exhibition of several Harry Potter related artefacts, such as a dragon egg, the Elder Wand and several of Harry Potter’s personal papers. Most spectacular was however the mermaid window from the prefects’ bathroom, complete with a moving mermaid. 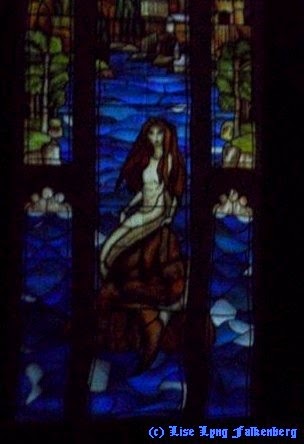 The Fat Lady and a moving painting occupied the first floor and on the second floor was a new and improved Madam Puddifoot’s Tea Salon. It had expanded and had two rooms upstairs as well as an outdoor serving stand in front of the museum and everything was pink and pretty with lots of china, low hanging lamps and mirrors. I loved it! Tea and cake were 100 Galleon and you could get 500 Galleon at Gringotts for DDK 30/£3. 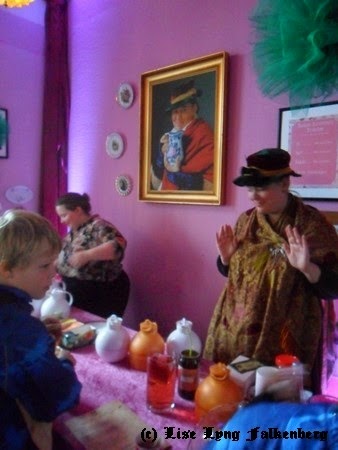 I ended my day at the Harry Potter Festival chatting to McGonagall and missing other witches and wizards. My friend Madam Rosmerta who stopped working in The Three Broomsticks a couple of years ago, Professor Snape who used to chat with me in Potions Class in the dungeons until he stopped last year and now George, who only taught kids. This combined with the many activities that I’m no longer allowed to attend made me decide that from next year I’ll only visit the Brandts 13 Museum. Then the rest of the festival can keep its age limits, long queues and steep prices!
at October 20, 2014 6 comments: