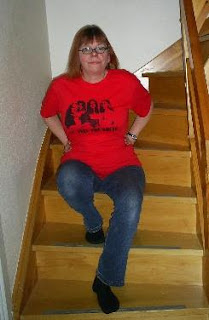 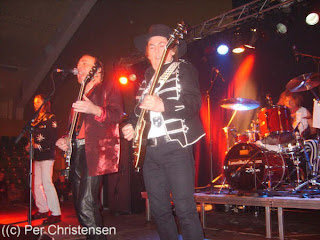 Two weekends in a row I went to Slade-concerts. The first one was in the town of Aalborg on February 4th. It was a great, intimate concert at a small venue and everybody had such a great time. February 4th was also my 2 years anniversary with the new incarnation of Slade and Hanne and Don had brought me a promo T-shirt of the original line-up. Thank you so much, guys!
The weekend after I then went to the town of Aarhus on February 10th. Here the concert took place in a huge sports arena and although the concert itself was smashing everything else was a big chaotic. Nice afterparty, though!
I must admit that going out two weekends in a row was very hard on my back and I guess that in the future I’m not going to concerts so close to each other. Better have a month or two in between!
at February 13, 2007 1 comment: