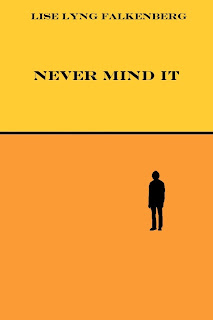 "Never Mind It" is a hilarious and ironic metatext, which the critics called a “Postmodern novel sparkling with narrative skills and the joy of storytelling" when in 1995 it was first published in my native language, Danish. Purposely and sarcastically it breaks every rule in writing, commenting on itself as a text and on other texts as well and testing the limits of literature. The contents of the novel is just as bizarre as its form, but behind the eccentric characters and their nonsensical problems, lies a story about love, honesty and the difficult task of expressing yourself as an author. It's crazy, it's funny and - hopefully! - deep.

I've translated the novel myself and it is available from Smashwords, Amazon.com and Amazon.co.uk 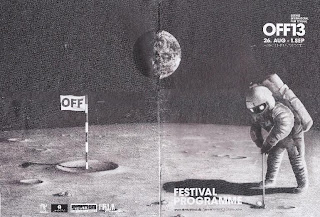 The 28th Odense International Film Festival - OFF13 - took place on August 26th to September 1st here in Odense, Denmark. It's fun, it's films and it's for free and usually it's one of the highlights of my year, but not this time. You see, originally the OFF was a festival celebrating imaginative short films, animations and documentaries, but this year the imagination was gone and most of the films were rather bleak, realistic dramas, which was quite depressing. Furthermore most of the films stopped in mid-story like last year, but by now I know it is fashionable to make films that have no ending, but I'm too old school to fall for that! I'm sorry, but to me it feels as if half of the films are missing and that the filmmakers are too sloppy, lazy or unimaginative to make proper endings!

Oh well, the films were divided into 10 international and 8 national programmes. They competed in 10 different categories and the winners were:
1. The international HCA Award: "Sirocco" by Mikko Kuparinen, Finland, a short film about a shy woman who finds a baby in a dumpster.
2. The international Artist Award: "Adamt" by Zelalem Woldemariam, Ethiopia, a short film about a young drummer who struggles with a traumatic experience from his childhood.
3. The international Storyteller Award: "The Mother" by Lukasz Ostalski, Poland, a short film about a female politician dealing with her drug-addicted son and the massacred body of a young girl.
4. The Danish Short Film Award: "The painter" by Hlynur Pálmason, Denmark, a short film about an isolated artist who has to deal with an unannounced visit by his son.
5. The Danish Talent Award: "Puff Puff Pas" by Thomas Daneskov, Denmark, a man-to-man weekend between father and son, where the father has momentarily lost his mind.
6. The Animation Award: "Una Furtiva Legrima" by Carlo Vogele, France/USA, an animation about a black bass lamenting his fate from his sale at the fish market to the frying pan.
7. The ANIS Talent Award: "Cheers Viola!" by Susanne Baekby Olesen, Denmark, an animation about the little girl Viola, her drunken parents and her teddy bear Sebastian.
8. Special mention: "Goutte d'Or" by Christophe Peladan, Denmark, an animation about a pirate who enters the Kingdom of Death and falls in love with its Queen.
9. Children and Youth Award: "9 Meter" by Anders Walter, Denmark, a short film about a 16 year old long jumper who wants to keep breaking his own records in order to get his comatose mother to react.
10. Audience Award: "Puff Puff Pas" by Thomas Daneskov, Denmark. See above. 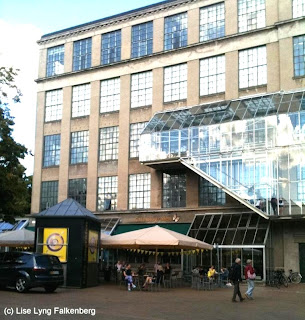 Notice that six of the ten awards went to Danish films. Notice too that there are no documentaries among the winners. I find it pretty biased when you give 60% of the awards to your own country and for the documentaries… Well, in fact I didn't see any good documentaries at all at this year's OFF and to be honest I wasn't even able to find 10 films at the entire festival that I would have given an award! This is really strange as usual the OFF has loads of wonderful films, especially when it comes to animation. But not this year. "Expect the unexpected," the festival slogan says and I sure hadn't expected that whoever picked the 2013 films had such a different taste in short films than me! 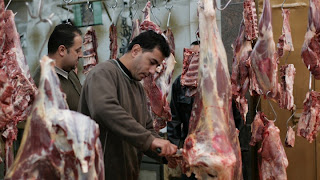 Anyway, for the International Grand Prix I would probably have picked "A Film" by Franziska Kabisch, Germany. In just 4 minutes this short film manages to visualise the difference between words and meaning and how the meaning changes although the words stay the same. A brilliant and playful visualisation of concepts and ideas. 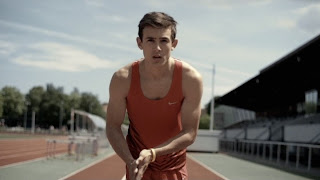 For the National Grand Prix it would have been "9 Meters" by Anders Walter, Denmark (see above). It's a both heartbreaking and funny film and the ending had the audience screaming for more (literally!!). 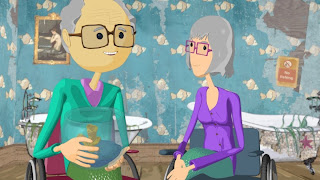 Best animation for me was "Merfolk" by Rory Waudby-Tolley, United Kingdom. Although other films were better animated, this animation touched me with its talk about integration and racism. And it was funny too! 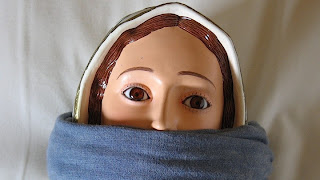 There were only two other films at OFF 13 that I want to mention. One is the very funny French short film "If You want your mother back" by Xavier Douin about a little boy who tries to blackmail Jesus. The other is the ironic Swiss animation "History of Virginity" by Sophie Haller about the female hymen, the myths about it and how men use it as a patriarchal instrument to define and control women. In my opinion these two films could easily have won both talent and storyteller awards! 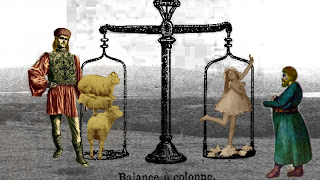 As usual there was not enough room for all the people who wanted to watch the films and as usual there were not enough ballot papers. The rather small cinemas at the "Café Biografen" where the festival takes place are just not big enough, especially if one or two school classes have booked seats. Then no one else can get in. As for the ballot papers, I didn't get any for 3 of the screenings and 2 other screenings didn't take place until AFTER the award show! I suppose I'm not the only one who didn't get to vote, so the Audience Award doesn't really express the opinion of the audience. I also noticed that all of the international award winners came from the same programme III except for the Artist Award winner, which came from programme I, and it made me wonder if the jury has actually seen the programmes IV-X? Just wondering… 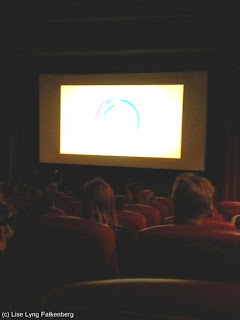 Like previous years there were "In Focus" programmes showing different films and short films, which didn't take part in the competition. These programmes had themes like Polish shorts, Young Docs, documentaries by American jury member Jennifer Fox, Iraqi documentaries, Super 8 films and then of course "The Old Theatre", which celebrated its 20th anniversary this year. At "The Old Theatre" silent films are screened accompanied on piano by the talented and hardworking composer Lars Fjeldmose and introduced by the entertaining and insightful film historian Ulrich Breuning. This year we saw the Danish "Lion Hunt" from 1907 by Viggo Larsen, the Danish "The Abyss" from 1910 by Urban Gad and starring Asta Nielsen, the Chaplin film "Behind the Screen" from 1916 and the Laurel and Hardy film "Liberty" from 1929. "The Old Theatre" is always great fun and like all other screenings at the OFF it's free of charge. 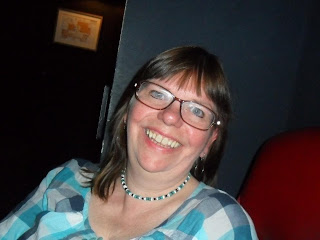 Among the off-screen activities this year were outdoor morning yoga, Open Air concerts, free Open Air screenings of films like "Winter's Bone" and "We Need To Talk About Kevin", stand-up comedy shows, free tango lessons and talks by directors etc. There's always a lot to see and do during the OFF festival, so although I was a bit disappointed this year, I'll be back next year anyway. See you then?