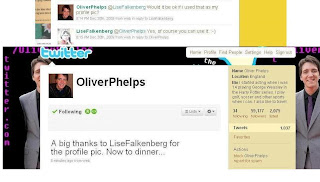 The pic that Oliver Phelps ended up using 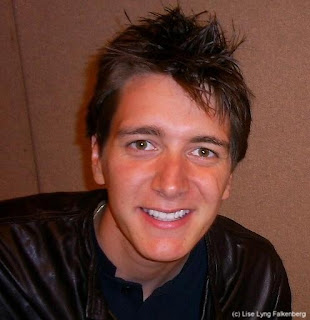 I had a bit of a surprise the other day when Oliver Phelps aka George Weasley in the Harry Potter movies asked me on twitter if he could use one of my pics as his official twitter profile pic.

I’ve been on twitter since April 2009 and you get to talk to a lot of people there, including some of the cast of Harry Potter. Some of those who are currently on twitter are Warwick Davis (Professor Flitwick), Tom Felton (Draco Malfoy), Matthew Lewis (Neville Longbottom), Chris Rankin (Percy Weasley), James Phelps (Fred Weasley) and Oliver Phelps (George Weasley). They have between 10,000 and 100,000 followers and get several hundred tweets from fans a day, but they do their best to answer as many tweets as possible.

I must admit that I only follow the three “Weasley-brothers” and the past months I’ve had the good fortune to talk to all three of them: Oliver Phelps 3 or 4 times a month, Chris Rankin usually once a month and James Phelps every third month or so. I’ve talked to James Phelps about his followers, about female skeletons, Lost, Ned from South Park and Christmas. I’ve talked to Chris Rankin about his band, his role as Percy and about snow (!) and I’ve talked to Oliver Phelps about football, boxing, his car (an MX5 Roadster named Sidney), Weezer albums, the flu and now profile pics.

Anyway, I’m rather proud that I’m now able to call myself the official photographer of Oliver Phelps’ current twitter profile pic. Thank you, Oliver, and you are welcome as well. ;-)
at January 03, 2010 1 comment: 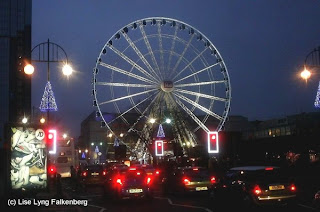 Slade on stage in Bilston, December 10 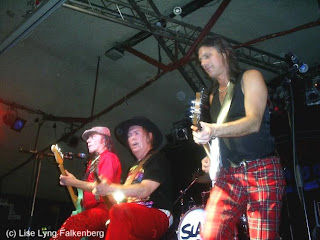 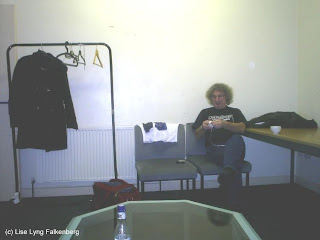 Hiya all! Hope you got safely into 2010. Well, December was it usual busy self with Christmas parties, Christmas shopping and Christmas stress. At least I got to spend 5 more or less relaxing days in the Midlands, first with Slade, then with the BF.
I met up with Don on December 10th at the hotel in Wolverhampton and together we went to Slade’s concert in Bilston the same evening. Good seeing so many of my British friends again and good spending a little time with the band. The next day I went to Brum for my check-up and it seems that my back has stabilised for now, which means I’ll probably have 5 years or more where it isn’t gonna be worse than it is now. Yay! The rest of the weekend was spent in Brum, London and Sutton with the BF and we had a lot of fun.
Back home in Denmark I went to Christmas parties with Tea at her dance academy and swim club and then finally we were ready for Christmas. My friend Mette came by on the 23th, my sister and her husband on the 24th and then Tea and I just relaxed during the Christmas days, that is: I had to babysit for 24 hours on Boxing Day!
New Year’s was quite peaceful, although a house a few blocks away burned down. As for now I’m just looking forward to getting back to normal. How about you?
at January 03, 2010 1 comment: