Last year I boycotted the annual Flower Festival here in Odense, Denmark. The event used to sport spectacularly imaginative displays of flowers, but over the years it had turned into a simple flower market selling potted plants and I didn’t like that. I believe in second chances, though, so I gave the Flower Festival a new shot this year.
Each year the festival has a new theme and that way we’ve seen dinosaurs, the European capitals, the French revolution, most of Hans Christian Andersen’s fairy tales and an entire zoo here in Odense, all made of flowers. This year the theme was Nordic Mythology and I had really expected a lot from that, so boy was I disappointed! 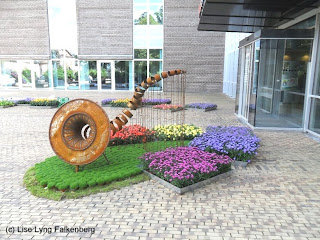 First of all there were hardly any displays. Where the festival used to cover the entire city centre, it was limited to two parks, three streets and five squares this year, the Town Square included. Secondly no one seemed to have bothered to make any decent floral sculptures. Most of them were just cheap metal sculptures with a few potted plants on the side. Thirdly a lot of the sculptures were recycled and originated from other displays. Thus a Lock Ness Monster that used to be situated in the harbour of Bogense town was now the Midgard serpent here in Odense, and the sculpture of Clumsy Hans that is usually situated behind the Hans Christian Andersen Museum had been altered to look like the Norse God Thor! 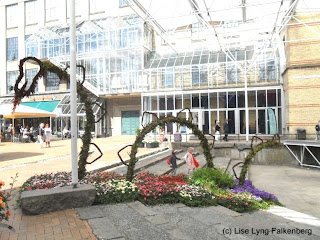 There were a few high lights, though, like the steel wire sculptures of Odin and Thor in the Town Square, the floral Vikings opposite the Cathedral and the poetic tree of life, Yggdrasil, in the Hospital Church. 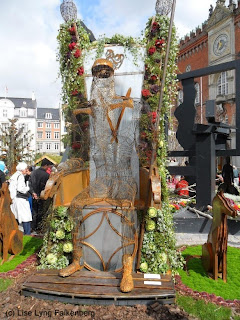 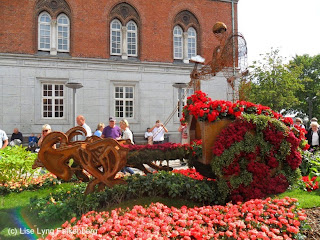 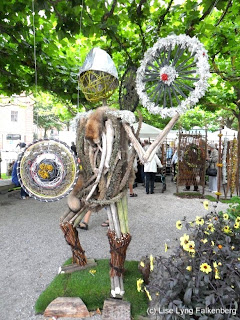 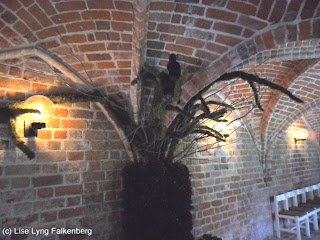 The best part of the Flower Festival was, however, not the flowers, it was Joana Vasconcelos’ exhibition “Jardim do Eden” (the garden of Eden) in Brandt’s exhibition centre. In a totally dark room Vasconcelos had created a labyrinth consisting of transparent, colourful plastic flowers illuminated by thousands and thousands of little LED fairy lights. Small engines created movement and humming sounds, and walking through this in the darkness was absolutely magic! 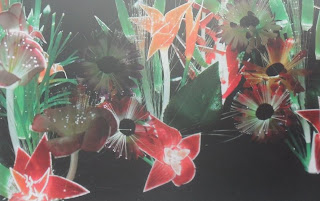 Another great thing was the many free concerts in the Town Square. One of the concerts was by the local band “Tankens Bager” (The Baker of Thoughts) and as their frontman is a friend of mine since childhood I fully enjoyed that. 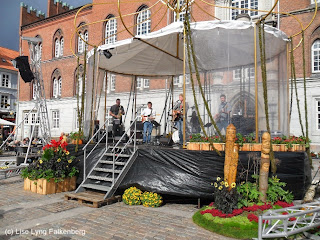 To make a long story short, the flower displays this year were shite (pardon my French), but the extra features were great!