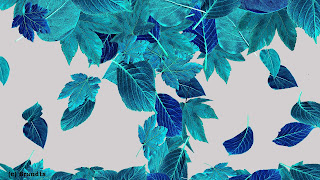 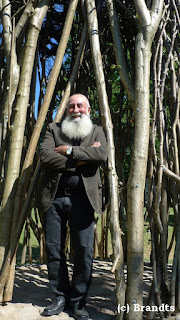 For the present exhibition, Brandts has – for the first time ever - invited back an artist with whom they have produced a sensory exhibition before, namely Alfio Bonanno. Alfio Bonanno (b. 1947 in Sicily, but now living in Denmark) is an internationally acclaimed artist, known as one of the pioneers of the Land Art genre, where he creates worlds and stories about nature and using nature. 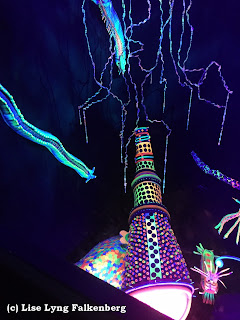 The present exhibition is called “Wonders” and basically it is about all the wonderful things that exist in nature, as it takes you on a journey into a magical and fun world that is to reminds us that there are amazing details to be found everywhere in nature - if only you stop and take a look. 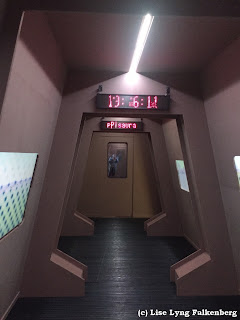 I made the journey with my daughter and although she isn’t a little girl anymore – she is eighteen – we both enjoyed it. The journey starts in a train station inside the art museum where we had to leave our shoes behind and enter a train. As we walked down the aisle inside the train, it really felt like it was moving and when we looked out of the windows, we could see landscapes go by as well. 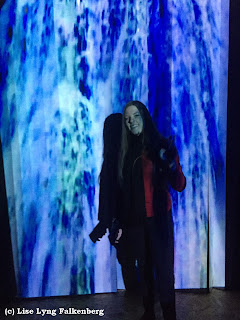 At the other end of the train compartment we found ourselves in a passage of plywood that led to a waterfall, that had to pass through. Luckily the waterfall turned out to be projection, so we didn’t get wet and on the other side we could look through a window and into a dark room where strange, neon coloured creatures that were floating around in a pool and giant butterfly cocoons were starting to hatch. To me this was the best part of the exhibition. 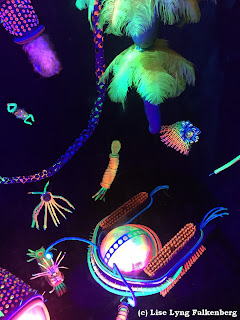 As we walked on, we came to a jungle made of leaves as tall as trees. Everywhere we could see giant prints of different insects and hear the insects humming. We walked around in the jungle for a long, long time, and it seemed really big, especially as the leaves had mirrors on the backsides, which gave a kind of infinite mirror-effect. 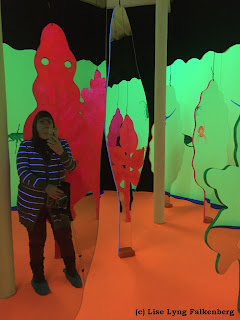 From the jungle, we came to an ocean filled with tall, grey towers. You could walk out into the waves of the ocean, as the ocean was a projection just like the waterfall, but the towers were real and inside them there were small caves with tube-lights and pillows, which made up cosy hide-outs for kids. 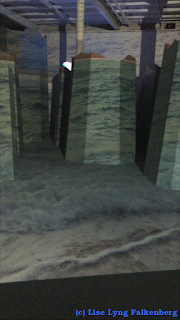 The exhibition ended in a passage of black plastic that led us back to the station – and our shoes! While putting them on, my daughter and I agreed, that although “Wonders” exhibited wild, quirky and adventurous natural art, the exhibition as such seemed quite small with only a few things to do. At least it had the same magical, dreamlike quality as the best of the sensory exhibitions have had and for that it gets three out of five stars: *** 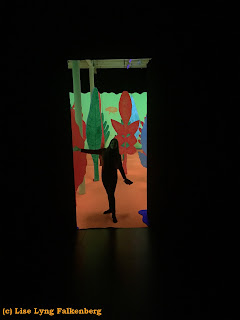