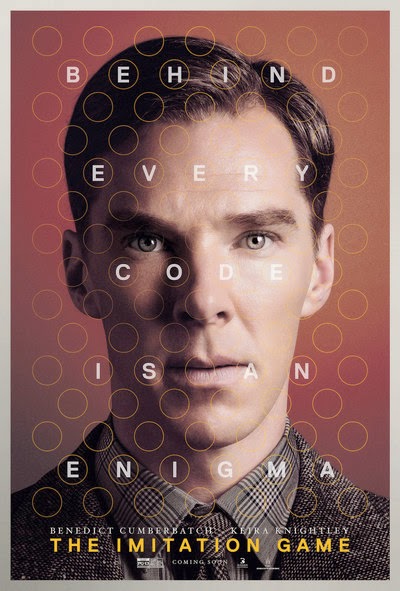 “The Imitation Game” tells the amazing and tragic (partly) true story of the British mathematician Alan Turing (1912-1954) who helped solve the Nazi Enigma code during the Second World War and became the father of computer science.

Norwegian Morten Tyldum has directed the film and it’s a bit confusing as the story jumps between not only two but three periods of time. There is the “now” in the 1950s where Turing (Benedict Cumberbatch) is under suspicion of being a communist, the “then” during the codebreaking period from 1939 and on and finally the “far past” in 1927 when Turing as a boy in Sherborne boarding school realises that he is gay. Whenever the scene changes, you have to hold on to your popcorn and see what decade Turing is going to pop up in next.

Benedict Cumberbatch is very convincing as Turing, a man who is a genius and knows it. When Turing comes to work in codebreaking, this makes him obnoxious and intolerable in the eyes of most of his colleagues. His only female colleague Joan Clarke (Keira Knightley) doesn’t mind and she falls in love with him, not knowing that he is gay and this is the big problem of the film. I had hoped it would be a film about codebreaking and of living in the UK as a homosexual during the war, but instead we get a love affair between Elizabeth Swann and the bastard child of Sherlock and Rain Man and that annoys me. There isn’t much truth to it, either, as the film builds up the relationship to much more than it actually was.

In the film Clarke is the only one who can reach Turing with her intelligence, beauty and sweet disposition, but people who knew Turing and Clarke in real life have complained that Knightley is inappropriately cast, as the real Clarke was “rather plain”. Furthermore, she and Turing were friends solely because they had the same kind of personality, but a female Rain Man? Oh, no! Not in this film! Instead, you get the impression that even gay guys are going to give heterosexuality a shot, if only Keira Knightley comes along. When that is said, the film addresses the problem of prejudice against gays and women and that is very sympathetic.

Keira Knightley and especially Benedict Cumberbatch dominate this film so profoundly that you hardly notice any of the other actors. Despite decent efforts from actors like Charles Dance, Rory Kinnear and Matthew Goode, the only one really noticeable is Mark Strong as the sly and elusive Stewart Menzies, Chief of the Secret Intelligence Service (MI6).

Despite all good intentions and amazing acting from Benedict Cumberbatch, I can only give the film three out of five stars: ***