This year Odense International Film Festival celebrated its 40th anniversary. On the 24. – 30. August international short films and animated shorts could be seen for free in the two cinemas at Café Biografen here in Odense, Denmark, and people came from all over the world to take part. I remember when there used to be documentaries in the film festival competitions as well, but not anymore, so this year we had to make do with only three competition categories, namely the main category, animated shorts and Danish short films. Still, more than 101 short films from 36 different countries competed and many other activities took place during the festival. 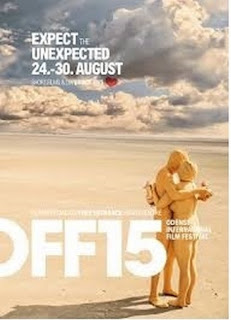 In past years I have complained about it being impossible to get a seat at the screenings, as only schools were able to book seats, and not the general audience or press. As the two cinemas only seat 50 to 100 people each, the general audience was therefore turned away at the door, if schools had booked, which was rather annoying, especially if you’d been hired to review the films! This year everyone was able to book seats in advance, though, so I got to see what I wanted and I even had my daughter with me for two of the screenings. 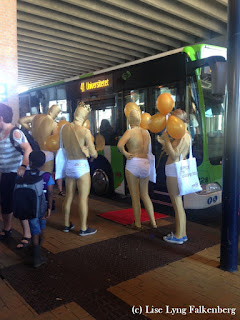 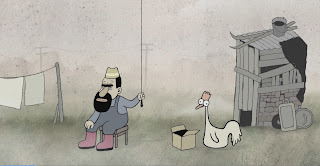 My personal favourite film was the crazy, hilarious “Very Lonely Cock”, which was only represented in the animation category and didn’t win a thing. In fact, none of the films that I liked won anything, as the ones that won were most often very bleak, harsh and violent, dealing with heavy social problems. To me it felt as if the juries of the competitions had completely forgotten that this is a film festival for fantastic short films; at least they didn’t reward fantasy, magic and imagination at all. 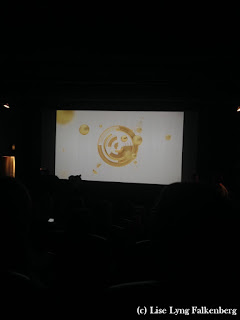 Had I been in the jury, I would have picked “Splintertime” by Mr. Rosto, Belgium/France/Netherlands, as the winner of the main competition. I would have had “All Your Favourite Shows!” by Danny Madden, USA, winning the Storyteller Award, “Seven times a day we bemoan our lot and at night we get up to avoid dreaming” by Susann Marie Hempel, Germany, winning the Artists Award and “Klementhro” by Sue Dunham, Canada, getting a special mention. As for the Danish competition, I think it should have been won by “Whole” by William Reynish with “Fibers” by Nynne Steen Mors winning the talent award. As winners of the animation competition, I would have picked “Very Lonely Cock” by Leonid Shmelkov, Russia, with “Aubade” by Mauro Carraro, Switzerland, winning the talent award. Finally, I would have loved if “La Fleche Delta” by Francesco Vecchi, France/Italy, “Benedito Machine V – Pull the Trigger” by Jossie Malis, Spain and “Vagabond” by Pedro Carvalho, Denmark or “Tsunami” by Sofie Kampmark, Denmark, had won the additional awards. 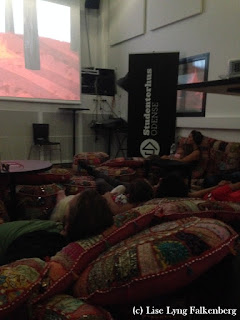 The magic lacked in the award winning films this year, but I found it elsewhere, especially in OFF Junior and the Focus Programmes. The Focus Programmes consisted of “everything else” that was going on in connection with OFF, like screenings of old silent movies, open air feature films (like “The Rocky Horror Picture Show”, “2001 – A Space Odyssey” and “Birdman” to mention a few), talks with directors and actors, dance, yoga, concerts, food etc. OFF Junior on the other hand was the screening of children’s short films, feature films and TV series. I went to see the OFF Junior programme “Best OFF Buster 3+”, but when I reached the cinema, so many schools with 8 and 9 year old children had booked seats that the venue had decided to alter the screening to a programme for kids who were 8+ instead of 3+. When I told the staff that I’d booked a seat in order to write about the 3+ programme, he (there was only one!) quickly found another venue in the nearby Student House where he screened the programme for me. A few parents with young kids tagged along and we had a great time as the kids could sit/lie on pillows on the floor. The four animated shorts were great as well, especially the funny and surprising “Pawo” by Antje Heyn, Germany, and the cute and beautiful “The Tie” by An Vrombaut, Belgium. The kids seemed to go for “The Little Bird and the Squirrel” by Lena von Döhren, Switzerland, though. 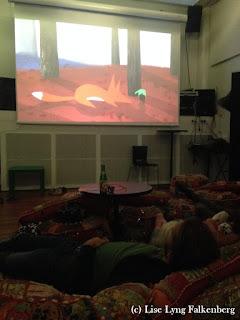 Anyway, I found the service of the young guy in the staff who arranged this special screening quite magic. Thank you so much! I’ll be back next year, when it’s my 30th anniversary as a film critic!
at September 01, 2015 7 comments: