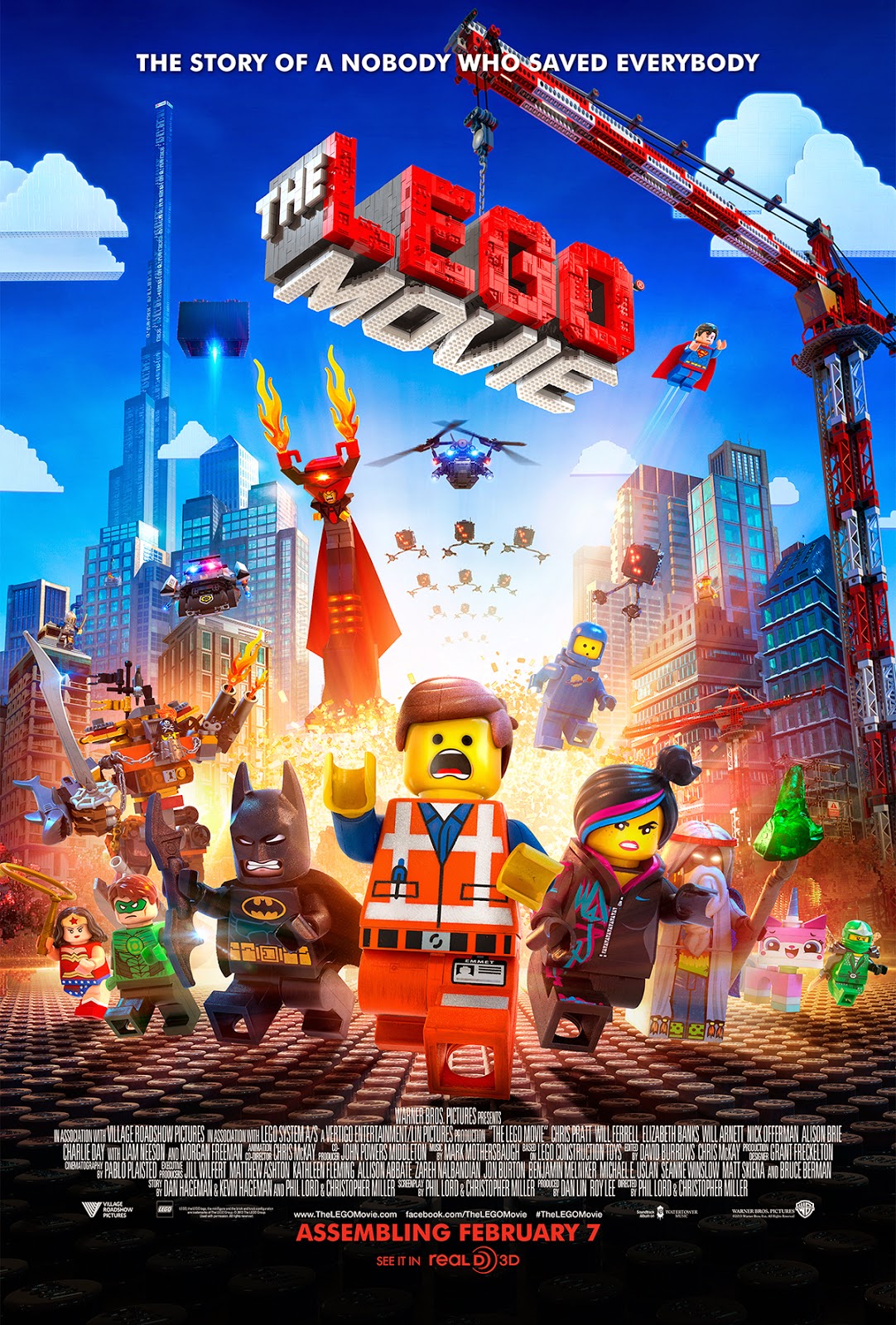 Earlier this month I went with my daughter to the cinema to see Warner Brothers’ American/Australian/Danish “The Lego Movie”. We had both been very excited about seeing it as Lego is one of the most amazing and international acclaimed Danish inventions and furthermore the movie got really good reviews.

I must admit, that when first I learned that the name of the main character was Emmet, I was disappointed. Why would anyone making a movie about Danish toys give the main character a name that is very uncommon in Danish? Obviously, the directors/screen writers Phil Lord and Christopher Miller would, but I just thought it would have been nice with an internationally common name like John or Tom or Michael, which are common in Denmark too, instead of the very English Emmet. I must admit that seeing the movie, I was equally disappointed. Sure, Emmet’s orange and white security vest looks a bit like two Danish red and white flags, but the rest of the movie is very, very American.

The Lego Movie opens with a scene showing the wizard Vitruvius (Morgan Freeman) attempting to protect a super weapon called the "Kragle" from the evil Lord Business (Will Ferrell). He fails to do so, but prophesies that a person called "the Special" will find the Piece of Resistance capable of stopping the Kragle.
8½ years later, we meet the Lego construction worker Emmett (Chris Pratt) who is so ordinary that people don’t notice him. He is content in his routine life, though, where he sticks to the manual, listening to the same song as everyone else, watching the same TV-show as everyone else and doing exactly what he is supposed to do.
By accident Emmet finds the Piece of Resistance and meets the Master Builder Wyldstyle (Elizabeth Banks), the two eventually teaming up with Vitruvius, Batman (Will Arnett), Metalbeard (Nick Offerman), UniKitty (Allison Brie), and the 1980es something space guy Benny (Charlie Day) to battle against Lord Business and his henchman Bad Cop/Good Cop (Liam Neeson).

It is impressive how everything in this movie is made to look like it is made of Lego (which of course it isn’t as it is a CGI movie). Especially explosions and water look awesome when made of make-believe Lego. And it’s funny that Shaquille O'Neal is the voice of Shaq and that Billy Dee Williams and Anthony Daniels are Lando Calrissian and C-3PO. It’s entertaining that Batman is in the movie along with Superman, Wonder Woman, Green Lantern, Milhouse, Dumbledore, Gandalf, Abraham Lincoln, William Shakespeare and a lot of other superheroes, made-up characters and real life heroes. And the plot twists and turns several times, but it’s never really funny or exciting.

The play of words are too few and too lame to be funny, the different Lego universes aren’t used or seen much and the contradicting theme of “everyone’s a hero” and “together we are strong” has been used too many times before to be interesting. Maybe I could live with that, but moving the story into the real world with real actors ruined it for me. Suddenly it was no longer an action packed animated fantasy movie, but a very sappy and very American story about a father/son relationship. Not a clever move, the only thing good about it being Finn, the name of the son (Jadon Sand), as Finn at least is a Danish name!

I have to say that of the audience, the very young children seemed to enjoy at least two things about the movie: the coolness of Batman and the anger of UniKitty. As for my daughter, she found the movie extremely boring and a bit of a disappointment and I’m afraid I agree with her. Even the soundtrack rap song “Everything Is Awesome” (performed by Tegan and Sara featuring The lonely Island), which we thought we would be singing for a long, long time after leaving the theatre, we both forgot within an hour.