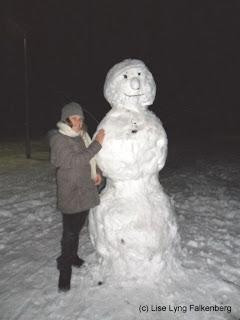 Christmas is here and 2011 is approaching so I guess it’s the time of year when you take a look at what has happened within the last 12 months. Well, when you are going through bad times, people tend to say, ”Count your blessings,” and believe me, I’m counting! I think I’ve never done so much counting before, because let’s face it: 2010 has been one of the worst years in my life.

Not only was I attacked by a mugger with injuries to my back, teeth and mental health as a result, my boyfriend through 2½ years and I broke up as well and I lost two friends to cancer. Two others are diagnosed with it as well. So it has truly been a year from Hell, but I’m counting.

For instance, I’ve read a lot of good books this year, the highlight being Floortje Zwigtman’s Adrian Mayfield series. Why these books haven’t been translated into English is beyond me. They are wonderful, wonderful books and Floortje Zwigtman is deservedly compared to Charles Dickens, but a female, modern one. The story of Adrian Mayfield’s life in late 19th /early 20th century London is captivating to anyone who loves good literature and I refuse to believe that the lack of interest from British publishers has anything to do with the fact that the main protagonist, Adrian, is gay. If so, it is about time that they realised we no longer live in a time where being gay is a crime. Anyone, gay or straight, male or female, young or old, will be able to find something wonderful in these books, but of course only if they are able to read Dutch or German!

For some odd reason I haven’t read much yaoi this year, but instead I’ve seen a lot of good films, among them “Alice In Wonderland”, “I Love You Phillip Morris” and “The Imaginarium of Doctor Parnassus”. The best one was without doubt “A Single Man”, though. Gay themed again, yes, I know, but it was a great film: elegant, impressive, hypnotic, moving, delicate, ironic and outright excellent. I loved it.

On the other hand I haven’t had the time to go to the theatre this year and hardly any art exhibitions either, but I went to a lot of concerts. Most were with Danish bands, but I happened to see Rage Against the Machine in June, Muse in July and Alter Bridge in October as well. I’m not really sure what I think of Alter Bridge live, but Muse are always good and the Rage Against the Machine concert at Download Festival in Derby, England was perfect. Even though there was a bit of turmoil amongst the audience.

I’ve travelled a bit in 2011. I’ve been to England five times and to Belgium once, each time to be with my (then) boyfriend, so it's a little painful to think about now. The summer holidays were spent in the Danish towns of Aarhus and Silkeborg, though, with my daughter Tea. We stayed in Aarhus mainly to visit their museums and amusement park and then we popped by Silkeborg to see Don Powell and his family. And yes, I’ve finished Don Powell’s biography, or so I thought. Last month Don found some diaries that he thought he had lost, so I have to rewrite the last three chapters. It’s a never ending story. Apart from that I haven’t done much, except write the script to a Danish radio show about The Monkees and interview a few celebs now and then at different events.

Oh, yes. Events. I’ve been to a few this year. Towel Day in June, OFF 10 (Odense International Film Festival) in August and the local Harry Potter Festival in October among others. In connection with the HP festival I even got to meet J. K. Rowling at the press conference during her stay here in Odense, where she received the Hans Christian Andersen Literature Award. Oh, and in November I got kissed by Oliver Phelps (George Weasley in the Harry Potter films) at the Danish premiere of “Harry Potter and the Deathly Hallows, Part 1” in Copenhagen. That has to count for something as well, I guess, especially when you have lost your boyfriend.

So yes, I’m counting my blessings, however small they are, hoping against hope that 2011 will be better. Wishing you a merry Christmas and a happy New Year. See you in 2011. xx
at December 21, 2010 No comments: