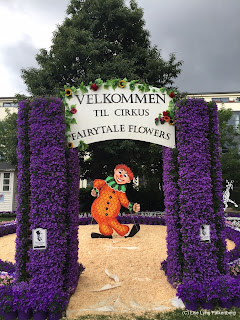 This year the annual Odense Flower Festival took place on August 18-21, 2016 and as promised last year, I boycotted it once again as for the seventh year in a row it had abandoned the original flower art and sculptures concept and replaced it with displays made by nursing schools selling their flowers. 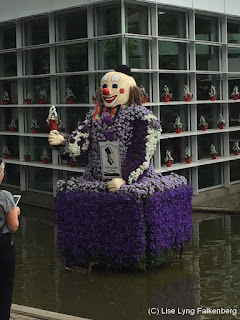 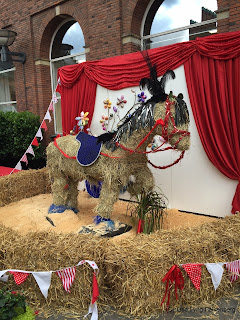 I couldn’t quite help seeing some of the displays, though, as they were all over town, so one afternoon when I was on my way home from rehabilitation training (I’ve had knee surgery three times in the past three years!) I took some photos of a few of the displays. The theme of the festival this year was “Circus and Entertainment” so everywhere you’d see clowns, ballerinas and acrobats – some real, performing entertainers, others cardboard cut-outs or dolls. 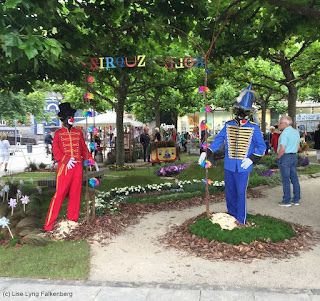 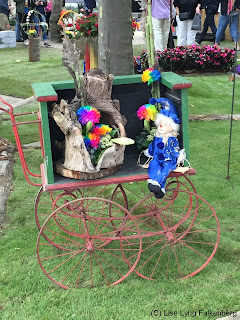 Because of the circus theme, many of the concerts that usual take place during the festival evenings to draw an audience had been cancelled and replaced with performances by clowns, balloon artists and children dancing and doing acrobatics during day. I don’t know if this was a good idea, but I sure missed having a good night out in connection with the festival. 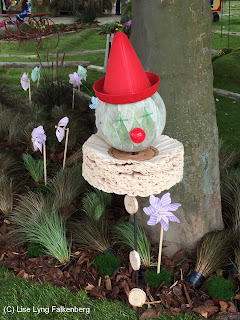 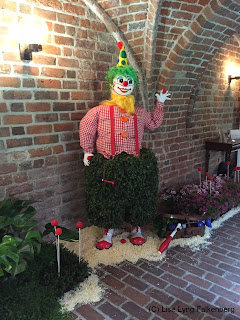 Oh, well. I hope you’ll still enjoy the few photos I took of the highlights of the flower festival displays – and let’s hope that the festival as such is going to be better next year. 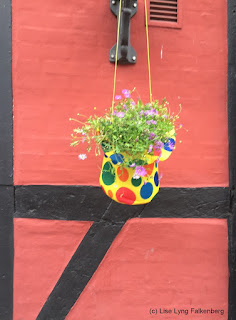