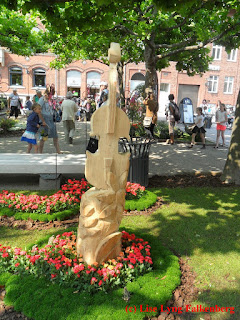 Odense Flower Festival took place on 13-16 August 2015 and this year it marked the 150th anniversary of the birth of the local composer Carl Nielsen with the theme “Carl Nielsen’s Universe”. 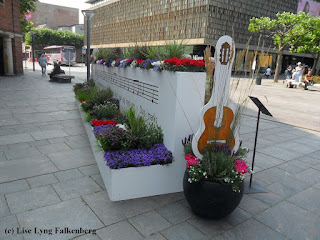 Last year I promised myself that I would boycott this year’s Odense Flower Festival. The annual festival started eleven years ago in my hometown Odense, where the city centre was turned into a flower fairyland with imaginative floral sculptures everywhere. For the past six years, the flower art and sculptures have been replaced by nursing schools selling their flowers and because of this, the magic has gone. 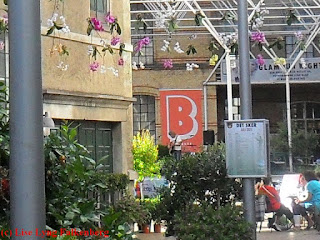 I stayed true to my promise, so I didn’t go to the festival as such, but I couldn’t help seeing some of the displays anyway, mainly because I still wanted to see the band “Tankens Bager” (Baker of Thoughts) in concert. My friend Claus is the singer, songwriter and guitarist in the band and they play at the festival each year. This year their two concerts had been moved from the town square to the more prestigious amphi-stage by Brandt’s cultural centre. I met up with Claus’ sister, who is my old school friend, and we had a good evening. The music was great, but unfortunately, the flowers on display were rather boring. 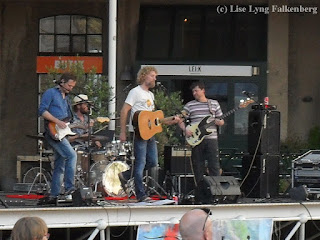 The day after, my daughter and I went to town. As some of you know, I had a partial knee replacement seven weeks ago, so I am still on crutches and I have to go to check-ups, rehabilitation training and, of course, the chemist for painkillers and that was what we were doing that day. On our way we passed the town square, so we took a look at the flower displays. They were - quite frankly - rather boring and the most interesting were some wood and melon carvings! Not much to do with flowers, in my opinion. 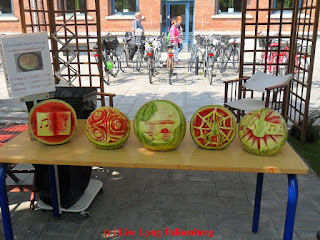 As for the Carl Nielsen theme, the town square had some huge banners with funny photos of the composer as a young man and then some black silhouettes placed among flowers as references to Nielsen’s 1906 opera “Masquerade”. Again, it didn’t have that much to do with flowers. 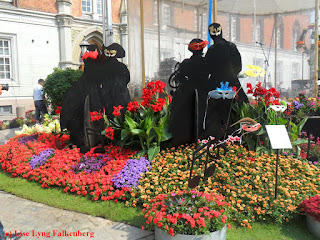 On the town square, you could have your picture taken as participants in the masquerade, so of course my daughter and did that. It was probably the highlight of the festival and that is a little sad, as I would rather have been blown away by amazing flower sculptures. 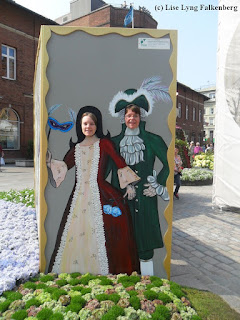 Be sure that I am going to boycott the festival again next year. I pity the tourists who had travelled from near and far to visit the festival, as it was plainly not worth it.